Have you ever made some espresso or coffee and then gotten called away, or thought to let it cool down and then forgotten all about it on the counter? We have all been there, but then the question remains, what to do with the untouched beverage?

If you do decide to reheat it, you realize the taste just isn’t what it’s supposed to be. You also may wonder about the caffeine level, does it go away along with the taste?

It appears to be a few things are a given with coffee, and one of these is how long caffeine endures. Caffeine doesn’t disappear or its levels diminish as the taste does. Unless it has gone through the process of having the caffeine extracted during processing, which results in a decaffeinated state, the caffeine level in your espresso stays the same.

If you mix some coffee now and set it on the counter for 8 hours and return to drink it, the caffeine will still be there. Only the taste changes because the flavanols responsible for the soothing aromas and taste leave the coffee gradually over time with exposure to the air.

Does Coffee Lose Potency In The Fridge?

Many coffee lovers don’t want to let their coveted products go to waste and wish to store their leftover brew or infusion in the fridge for later consumption.

So, is it fine to keep your coffee in the fridge? Does the caffeine level stay the same or will it fade away? What happens to the taste? Let’s see what happens.

Keeping your coffee in the fridge will not cause the caffeine to fade away as mentioned above, but it will still cause it not to taste the same. The aromatic flavanols begin to fade away shortly after brewing and will continue to as long as the coffee drink stays around.

This is why freshly brewed coffee tastes great, and forgotten-about espresso (regardless of whether it was kept warm) will not be very satisfying.

Warming your already blended espresso will just assist with dissipating whatever was left of its smell and taste. At this point, you may think that the drink has lost its ability to revive you or give you the quick caffeine kick in the late afternoon.

But that would be incorrect!

This illustrates the close connection between taste and perception. The bitter and less pleasing taste of reheated or leftover chilled coffee drinks does not indicate a reduced caffeine level, only a lesser ability to make your tastebuds happy.

The caffeine levels in your coffee will remain the same, even when it is stored overnight.

There will be as much caffeine in your espresso following five hours as there is following five seconds. Even if some evaporation of the water in coffee takes place, the drink is no more potent caffeine-wise than it was when it was brewed.

Concerning discarding your espresso toward the day’s end, there are two different ways you can look at it. Assuming it’s the taste that is most important to you, certainly, you should discard it – and probably after only two or three hours, not toward the day’s end.

But if you are trying not to be wasteful with what you have, you can put the extra espresso in a sealed cup and store it in the refrigerator to heat up the next day. Just know that day two will not taste as good as day one. Likely you will rely heavily on flavored additives and sugar to make it enjoyable.

Powdered coffee begins with coffee that has been newly brewed. The process of making it then eliminates all of the water content. What’s left are dried-out coffee gems or powdered coffee. Pop a spoon of this in your cup, add boiling water, and give it a mix, and these gems will dissolve again to make a cup of coffee.

It can contain around a third to half as much caffeine per cup, but more than a decaffeinated cup.

What Happens if Coffee Is Not Stored Properly?

Improperly stored coffee will first lose its aroma and taste, the attributes that make it the most palatable. After that, with exposure to air, other negative effects such as mold growth can occur.

The vast majority of people know that coffee is a bean, yet it may be that many don’t realize coffee beans are inclined to develop mold.

With the high temperatures that are utilized to brew coffee and espresso, and even to roast the beans, it’s hard to believe that this beloved beverage and its ingredients can support mold.

However, these temperatures are not hot enough to completely destroy the mold organisms. The presence of moisture can encourage the growth of mold on stored beans, grounds, and certainly brewed coffee and spent grounds over time.

Brewed coffee left improperly stored (not sealed and refrigerated) can develop mold after a day or so. Beans and grounds can experience the same if not stored in proper containers or bags.

Caffeine loss, interestingly, does not begin until after around 4 years of storage, whether in bean or ground form. Since most coffee doesn’t last that long in a household, it isn’t a common concern.

When it comes to enjoying your coffee drinks, the best advice is to consume them as soon after brewing as possible. That’s when the wonderful aromas and tastes of your chosen blend are the strongest.

Though waiting will not affect the caffeine content of your coffee drink, it will certainly lessen the pleasure of consuming it. You can reheat that forgotten cup later in the day for the same jolt of caffeine energy, just be sure you have plenty of your favorite creamer on hand!

Cleveland has so much to offer as the largest city in Northeast Ohio. Greenery surrounds the city where it is situated along the southern shore of Lake Erie. There is much to consider when deciding where to live or visit in Cleveland. What are some of the best neighborhoods to live in or visit in…

Coffee plants could be a beautiful addition to your house garden. They are bush-like plants and grow exquisitely scented flowers. Their dark-colored leaves and red fruit will greatly embellish your indoor space. Along with beauty, you can also harvest coffee beans from indoor plants. You can grow a perfect coffee plant at home by sowing…

The grocery list of the average human has coffee on it. Drinking coffee has over the years become second nature to many. It serves as the extra boost needed to start the day or get the energy you need. Something seemingly as unimportant as the smell of coffee has been known to motivate people to…

Your first thought when getting a latte may not be the aesthetics. But seeing a well-done design on your latte will undoubtedly improve your coffee experience. For the uninitiated, latte art is a creative process when making a latte. Essentially, the surface of your beverage is made into a design or pattern. The latte comprises… 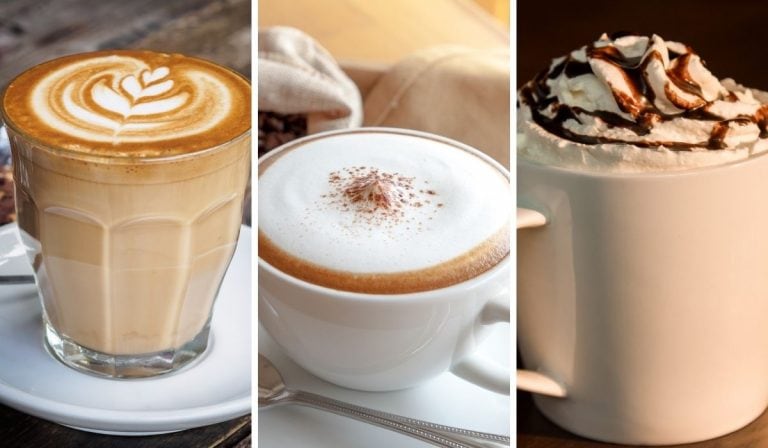 Americans have a love affair with coffee. Every day the smell of coffee in the morning gets millions of people moving. It’s a daily ritual that sets the tone for work, getting the kids ready for school, or finding our way to the gym for that early morning spin class. Whether you’re a seasoned coffee…

Hi! I’m Rachel and this is where I blog about all things that interest me, mostly that’s Coffee and Cleveland, where I grew up.

Coffee is definitely my passion and now that I am able to travel more, I enjoy learning about different places in the world and different ways people enjoy their coffee! Welcome to my adventure!